You are here: Home / Uncategorized / Complications For Your Investigations: Cosmos Computing & Distributed Networks 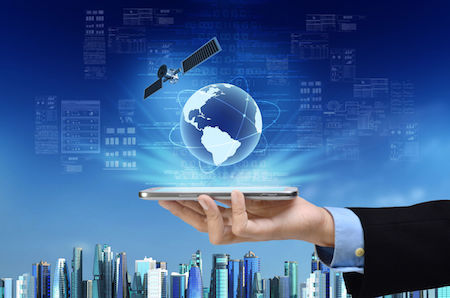 In our previous post, we described a hypothetical network where your digital evidence will be anonymous and encrypted.

All of the data on this network is shredded into fragments, with each piece individually encrypted using a different code.

Several copies of all fragments are dispersed to be stored on different land-based devices or satellites.

I call this “Cosmos Computing,” and believe it could be the next version of the Internet.

If you read the entire post, near the end I told you that networks like this already exist or are under development.

If you missed the other post, feel free to read it at https://technocrime.com/will-evidence-located-cosmos-computing/.

Now let me give you some examples.

The first example is called The Safe Network (Safe Access For Everyone) and is being created by MaidSafe, a Scottish company. For more information, you can go to their website at https://www.maidsafe.net).

The SAFE Network is designed to work exactly like the hypothetical network described in our earlier post (but currently without satellites).

As you read about the SAFE Network and how it is being designed, think about how this technology will affect your search for digital evidence.

The following are quotes from “The SAFE Network Primer” to give you an idea about the philosophy behind the project (the entire document is available on their website):

“For all its glories, the Internet is broken. It has strayed from its original vision. It is now a machine for censorship, propaganda, and central control that feeds on our personal data. It could and should have been much better than this.

MaidSafe’s solution is to create a secure, autonomous, data-centric, peer-to-peer network as an alternative to the current server-centric model. Rather than residing on a central server or data center, individual files are split up into pieces, encrypted and spread out over the network. Individuals retain full control of the data they create. It is resistant to DDoS, malware, and hacking and it cannot be centrally co-opted and controlled by monopolistic corporate and government interests. As a platform, such a network could usher in whole new business models, just as the original Internet did at the turn of the century.”

“The Internet giants of today would no longer be able to harvest our data without our say so, nor could government spooks eavesdrop over their shoulders. There would be a rebalancing of power from the data haves to the data have-nots. Censorship would be impossible, and data could be not be erased.”

Volunteers can choose to dedicate part of their computer’s hardware and data storage for use by the SAFE Network. In return, these owners are compensated for the use of their machines in a digital currency called “Safecoin.”

Safecoin will be convertible to many other types of digital currencies, such as Bitcoin.

People could also use the network’s custom browser to securely navigate the Internet, store their data files, or create websites.

Users who want to store data on the SAFE Network will pay Safecoin to the network for the service, and these funds are used to pay the volunteers hosting the data and the company managing the network.

Data stored on the volunteer network nodes will be secured inside an encrypted “vault,” and even the machine’s owner will not have access to it.

If anyone could break into the vault, he would only see scattered encrypted fragments of data that would not be readable. Only the original user who generated the data can recall and reconstruct it.

The network makes sure that no complete file is ever stored in a single vault.

When a volunteer host machine is shut down, the network software first makes multiple copies of all data fragments stored in that vault and disperses them to other working nodes on the network.

This means that your evidence may be stored on a different physical device in another location from one day to the next.

The SAFE Network never sees a user’s password. The only place the password is used is when the person logs onto the network to retrieve data he previously stored there.

The decryption keys are never transmitted on the network.

When a SAFE Network user logs out and shuts down the software, all traces of her activity are wiped from the host device.

We already discussed some of the potential benefits, but should we review them again?

The SAFE Network is still in test mode, but imagine how this technology will change your investigations when it goes live!

Freenet is a self-contained distributed network that was designed to provide “censorship-resistant communication.” The Freenet Project’s primary goal is to protect freedom of speech without censorship.

“Distributed networks” or “peer-to-peer networks” merely mean that there are no centralized servers, and that every computer that joins the network becomes one of the nodes on the net.

As with the SAFE Network, users contribute some of their bandwidth and even a portion of their hard drive for data storage for other users of the network.

All communication is encrypted and routed through multiple nodes.

Only websites and resources created and stored on Freenet can be accessed on the network. Regular Internet sites such as https://technocrime.com are not a part of this network.

The network now has a “darknet” mode that communicates only with people that are trusted by the user.

Storj Labs is developing a commercial version of this type of network for data storage only.

As with the other examples, computer owners can join the network to allow their machines to be used, and are paid based on the amount of storage and bandwidth used by the network.

Users can provide part of their data storage and be paid with Storj token, which works the same as other cryptocurrencies like Bitcoin.

Files are shredded and encrypted, and every data fragment is stored in a different location across the network on at least three redundant nodes.

Users maintain the encryption keys for their data, and every file is encrypted with a different key.

Storj is a for-profit company, and currently charges users the following rates:

These are only three examples to give you an idea of how this technology is developing.

Now imagine that the suspects in your investigation use several of these networks for their communication, websites, or data storage.

Because of the explosion of new technologies being developed, we are going to need specialist investigators who know how they work, what evidence may exist, and the best methods to obtain it.

We also need to start thinking about new ways to identify these specialists, and how to find them when they’re needed.

You now know about three examples, but there are others…

Are you ready for Cosmos Computing?